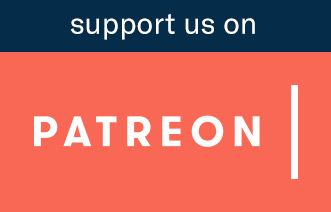 History of Zeus by E. Brooks

Once a picturesque little town cradled in the valley of midland mountain range, Zeus has been the bastion of humanity for the past eighty years and grown into what is now considered a true metropolis. Little did Captain Layla Kirkland know back when she led her surviving troops from the fallen Camp Carson to the outlying little town of Pond Valley and established her line of defense there.

And her defense held.

Over the years the small town far away from the horrors of big cities grew, welcomed survivors from all over the land and erected the walls that now reach far and wide. During the long, solitary years communications with other surviving societies were established and in an attempt to unite the remaining strength of our once-great nation Pond Valley was christened Zeus, and Layla Kirkland its General.

We have to be grateful for what our foreparents did for us; what they sacrificed so that we can live free. Zeus is a true testament to their – and our – greatness. Let us together carry Zeus to another eighty years of glory!

“Did you read that load of bullshit our General wrote for my book? Holy fucking shit if I ever have to read that over-glorified crap again I am going to go on a fucking homicidal rampage through the main street, I swear to whatever shitty god is pretending to listen. The military is so full of it it’s unbelievable. His grandma kills half the town to establish her fucking line of defense and EVEN AFTER EIGHTY YEARS THEY JUST KEEP DOING IT (did you hear about Atropos ten years ago? I’m not surprised if you didn’t, they were careful to keep it under wraps), and they sit there glorifying it and the ordinary folk eat it right up. It’s fucking disgusting.

And the only fucking reason the prick is General is because his fucking grandma was ”“”“”“"the hero of the people”“”“”“”, quotation marks for maximum sarcasm, fucking hell I’m mad. Any civilian would do better job than him but hey, no way to get into the military unless you were born into their glorious ranks or your tongue is so far up their collective ass you’re tickling their trachea.

And what do they tell me when I point out that the foreword contradicts the first fucking chapter of my book? I need to revise. REVISE. “Sure you didn’t make a mistake there?” I’M PRETTY SURE I FUCKING DID NOT. Do I revise? Of course I fucking do because they’d throw me in court for libel and high fucking treason.

Fucking censorship, Mori, fucking. CENSORSHIP. You are so fucking blessed to have gotten out when you had the chance.

I’m off this city before this letter reaches you. I’m coming to Hades. Fuck this zone, fuck the military, fuck the lot of them. And if some poor fucking bastard is reading this in Hades because hey secrecy of correspondence but the military can still open any courier deliveries they feel like opening, fuck you too!