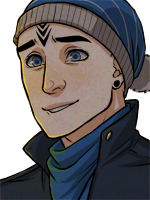 MODRA
Rich, privileged young man from one of the biggest zones.

Full name: Modra Blauschild
Pronouns: he/him
Age: 25
Height: 185 cm
Favorite color: Blue
Likes: Clothes, fashion, luxuries, people, reading, sleeping.
Dislikes: Unfairness, his ex-boyfriend, root growth.
Personality: Very kind and open-minded. Has motherly tendencies and often worries over others' well-being more than his own. Bashful, and has a high sense of morality. He is also very naive, curious and blue-eyed, which isn't always a good combination, and he can come across as quite selfish at times without realizing it himself.

Modra has just recently left his home for the first time to travel the wilds with his old friend Benny. He is rather clueless about survival still, but eager to learn. 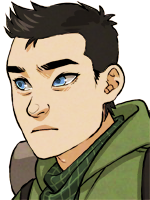 BENNY
Angry but hard-working young man with a miserable background.

Full name: Benjamin Yeong
Pronouns: he/him
Age: 21
Height: 175 cm
Favorite color: Green
Likes: Woodwork, fantasy books, boardgames.
Dislikes: A whole lot of things.
Personality: Has some serious anger management issues, tendencies to hostility and he is very hot-headed. He is also very childish and self-centered, and thinks very highly of himself. When he is happy, he can be a very pleasant person to be with.

Benny has been on the road for a long time, but is now traveling with his old friend Modra. He works as a courier, a sort of trans-wilds postman. 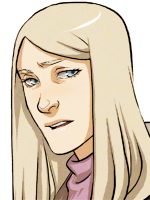 JENN
No-nonsense woman with a chip on her shoulder.

To Jenn her younger brother Wight is the most important person in the world, so it's obvious they travel together. Everyone's used to being on their toes in the wilds, but she seems even more careful than regular travelers. 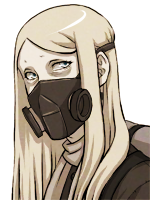 WIGHT
A riddle, wrapped in a mystery, inside an enigma.

Wight follows his sister Jenn wherever she goes and he is fiercely protective over her. He seems sickly and weak, but from the looks of it he's not letting his condition bother him that much. 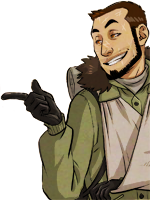 COTTON
Big goofball of a man with an obvious background in the military.

Cotton seems to be the leader of the trio, and despite the sad state of their crapsack world, he doesn't allow himself to fall into the clutches of melancholy: he sees the silver lining in every cloud. 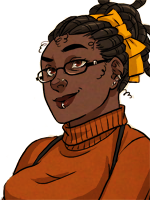 RAMONA
Multitalented inn owner, seems like a ray of sunshine.

Full name: Ramona Taylor
Pronouns: she/her
Age: 29
Height: 165 cm
Favorite color: Orange
Likes: Cooking, sewing, making friends, being secretly in charge of everything
Dislikes: The military, being on the road, messiness
Personality: No-nonsense, cutthroat businesswoman. Realistic to a degree, a bit bossy, very motherly and warm. Dislikes conflict, but isn't afraid to stand up to herself or the people close to her and fights to remain at the top of the pile. Stubborn. Generally cheerful, has a great sense of humor.

Ramona's inn is known as one of the better places in Hades, and she's very proud of what she has going on. She's a respected member of the community and an old friend to Cotton and the others. 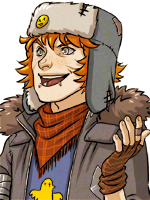 Maverick works as a jack of all trades errand boy to the people of Hades and helps his mother Ramona to take care of her inn. Nobody knows Hades better than he does. 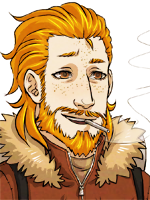 JERRY
Well-travelled man of many mysteries.

Full name: Jeremy Edison
Pronouns: he/him
Age: 35
Height: 180 cm
Favorite color: Brown
Likes: Coffee, trash novels.
Dislikes: Having wet socks.
Personality: Calm and pleasant, doesn’t want to upset anyone and is always looking for the diplomatic solution. Gets along with people well and is seemingly open and easy-going, but what do you actually know about him?

Jerry is a vagrant traveler, making his living by trading information and selling things he has scavenged. 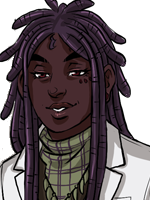 ABBY
An amicable but secretive medic.

Abby is a physician at Fen Mills and seems to know more than they let on. 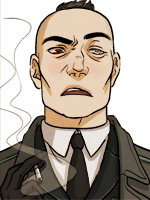 CROW
A military colonel after revenge.

Crow is a military colonel assigned codename Copperhead. He knows Cotton and the others and seems hell-bent on catching them. What he's actually doing in Hades is anyone's guess. 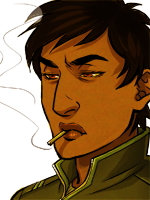 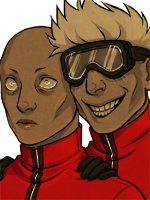 THE RED TWINS
Alleged names: Ratan & Tora
Ages: ???
Not much is known about the Red Twins aside from legends and old wives' tales. The bottom line is: you don't want to run into them. 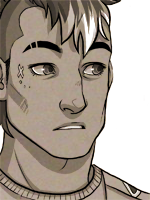 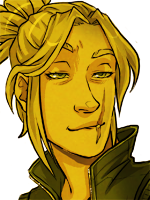 Weapons trader in the town of Io. 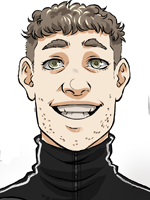 Captain of the guard at Fen Mills.